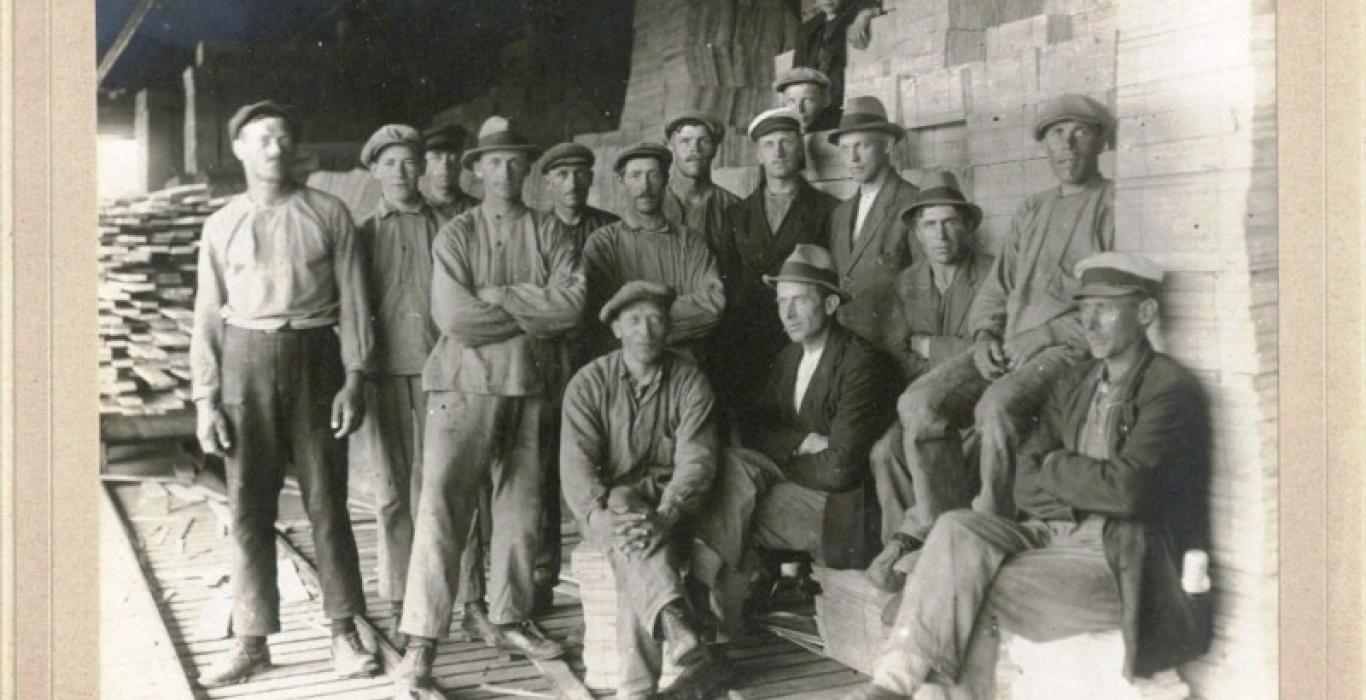 Over 100 years ago, the hotel was the private residence of the police chief. It was a grandiose accommodation with pinnacles and towers and there is a picture of how the residence looked like in the hotel´s reception, Prison cells were there along the railway and it was so-called "drunkard cells" and the only thing that protected the inmate from the cold in the winter was prison bars!

In the first half of the 20th century, the property became a country side hotel and there are also pictures of this at the reception. Still classically designed with pinnacles and towers.

In connection with building the wallboard factory in 1950 the property was rebuilt into a large accommodation for the local industry´s general manager, called a “disponent” in Swedish. In the 50s, concrete was the thing and the property with tins and towers was demolished to build a classic 50s building with a concrete facade. Note that the general manager's name was Fritz Malmström and the road where the hotel is located is consequently called Fritz Malmström's road. The nearby Annexet was a small accommodation for blue collar workers.

In the earlier part of the 21st century the property was sold and and converted it into a shelter for asylum seekers.

In 2018, the current owner buys the property and an extensive renovation is begun to take the hotel back to its roots and retell the history of the local industry back to the 18th century.

When you visit Brukshotellet Skinnsberg, you can always experience the history with your own eyes in the form of pictures, books and interior design.

The pictures comes from Bygdeband.se and Skinnskattebergs Hembygdsförening where Chairman Johnny Strömberg is very active in documenting the local history.

You are now subscribed